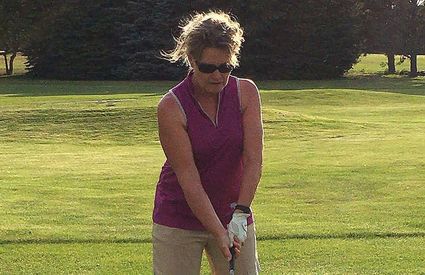 Judy Daum had an excellent game of golf in the third week of league play Wednesday as she parred four holes in a row, numbers 5, 6, 7 and 8.

The Kimball Women's Golf Association started league play in June with eight teams. The women played the front nine, it was a beautiful evening and the course was in excellent shape.

Pattie Klinginsmith's solid performance earned her low gross scores of 45, while Phyllis Greenwood captured low net with a 34. Jean Barrett's putter was hot as she only needed it 15 times. President of the association Charlotta Young holed-out on number five.

The women played the back nine on week two and Pattie Klinginsmith continued her winning style with a gross score of 42. Low net was won by Susie Abramson...