New Man On The Beat 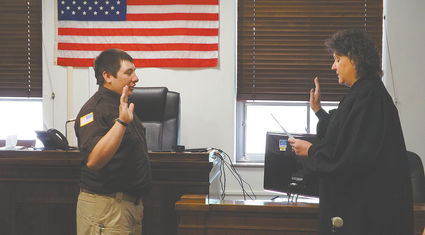 Sherry Winstrom / For The Observer

The Kimball County Sheriff's Office has a new deputy as of last Tuesday.

Joseph Leitza was sworn in and began his career in law enforcement. After a week on the job, Deputy Leitza said he has "really been enjoying himself."

He said, "It's something I always wanted to do. Helping people and making a connection with people."

He continued, "Actually, my friend told me about the position and I applied."

Leitza is scheduled to attend the Law Enforcement Academy in January....