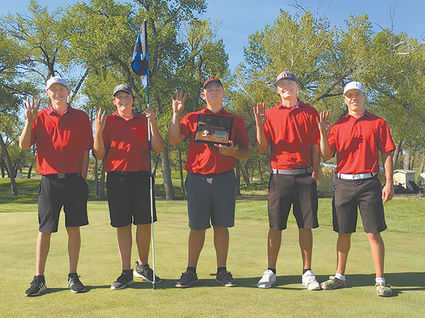 With all of the spring sports canceled, I thought maybe we could take a look back at last year by repeating a story I wrote when our Kimball boys golf team won its fourth consecutive District Golf Title.

The three senior varsity golfers on the team have been a part of those four District titles, and all three seniors were in the top 10 medal group on Monday.