Another Time, Another Virus 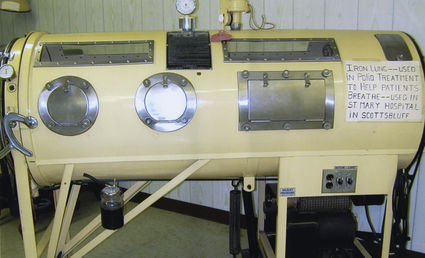 This iron lungs sits in the Banner County Museum in Harrisburg. It was used at St. Mary's Hospital in Scottsbluff.

The front page of the February 20, 1953 issue of the Sidney Telegraph read: "Potter Child Polio Victim". The article began: "Cheyenne county's first polio fatality of 1953 was a 14-year-old boy from Potter who, during the first few days of his illness, gave every indication of having the flu which has been so prevalent in this area."

The disease, which took the life of the 14-year old youth and afflicted many other area residents in a variety of ways, was poliomyelitis. Poliomyelitis, more commonly known as infantile polio was named because it generally attacked young children and youth in...