A Bit Short, But Some Positives

A Look Back At The Kimball High Girls Basketball Season 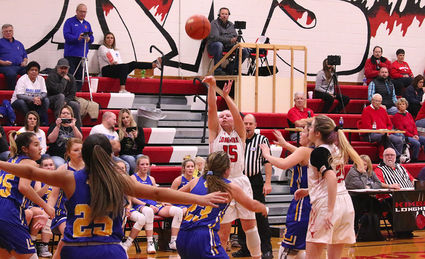 The 2019-20 season for the Kimball High girls basketball team shows 8 wins and 13 losses, a bit short of what Coach Chauncey Pedersen was hoping for, but in all fairness, it was a season where it seemed on a weekly basis he was short a player or two due to injuries.

The lack of experienced height also hurt the cause, but like most years, there were some positive stats.

The Lady Longhorns will graduate only two seniors off this year's club, so there is experience returning for next season, but for certain the two seniors will be missed. Carli Wurdeman was a four season standout who wrote he...