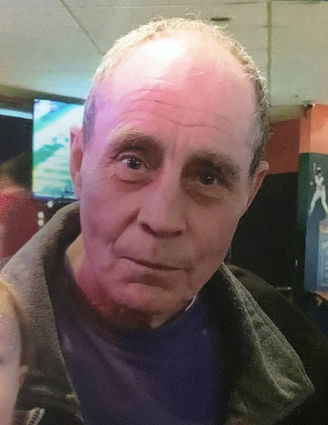 Jeffrey Doughty, 62, of Kimball, NE, passed away January 9, 2020, at Kimball Health Services. His memorial services were held at 2:00 p.m. on January 15, 2020, at the Cantrell Funeral Home in Kimball, and were led by Pastor Roger Gillming officiating. Cremation has been held and inurnment will be held at a later date. Friends and family may visit http://www.contrellfh.com to view Jeffrey's Tribute Wall and leave condolences, memories and tell stories of your time spent with Jeffrey. The services for Jeffrey have been entrusted to the Cantrell Funeral Home.

Jeffrey Doughty was born in Albion, Nebraska, on June 28, 1957, the son of Lester and Ardith Doughty. He moved to Kimball NE with his family, where he received his high school education prior to enlisting into the United States Navy. He honorably served his country for 24 years from 1974 to 1998 and retired as a Senior Chief. Following his service Jeffrey worked at Merritt Trailer, where he retired in 2019. Following his retirement Jeffery moved to Kimball NE with his partner Valerie O' Brien.

Jeffery was a family man first who loved his three children Melissa, Angela and Christopher. He was a loving, charismatic man who brought life to any room. His passions included football, where he grew a bond with his grandchildren; county music with his favorite artist being Tracy Lawrence, where you could find him traveling hours to go watch him; and he took pride in all that he had and while working on his house and doing yard work. He will be missed by his family and friends.

He was preceded in death by his parents and brother Steve Doughty.