Culek A Champion At Colorado Regional 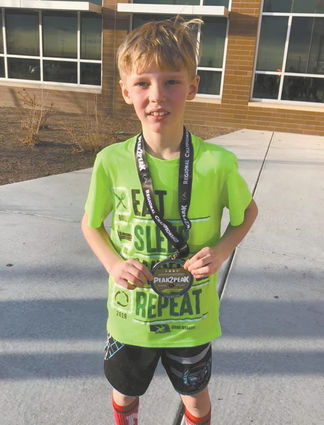 Britton Culek wins wrestling medals. This is one of them.

Another championship medal for Kimball wrestler Britton Culek as the young wrestler captured first place in his division at the Northern Colorado Regional Tournament held in Thorton, Colorado, this past weekend.

Britton, who just turned 9 years old, is the son of Bob and Katie Culek and wrestled in the 8-and-under bracket consisting of 24 of the region's best at this age and weight division.

Britton is a third-grader in the Kimball school system and is fortunate to have his dad as his coach in all of his wrestling endeavors.

After receiving a first round bye, Britton then won all 4 of his...