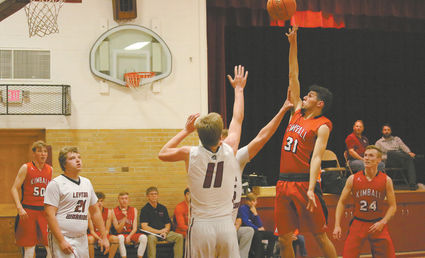 The Longhorns played two games in their basketball tournament. Sam Cajero led them in scoring in both.

The Dundy County/Stratton boys followed the same route as their girl's team in winning over Morrill in the championship game to give them a pair of tournament titles this past weekend as they carried home to Benkleman a pair of trophies from the Kimball season opening tournament. The scrappy Tigers handled Morrill 42-25 in the championship contest after winning 58-46 over Kimball in the first round pairing.

Kimball's loss to the eventual champs was a simple case of depth as the Longhorns were without the services of 3 key players for their encounter wi...