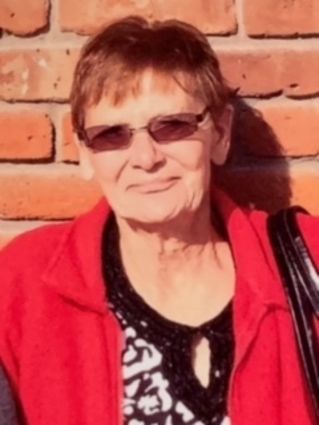 Brenda Kay (Johnson) Specht, 63 of Gering, died at Heritage Estates on Friday, November 29, 2019. Cremation has been held and services will be held at a later date.

Friends may visit http://www.cantrellfh.com to view Brenda's Tribute Wall and leave condolences and stories to the family. Memorials may be given in memory of Brenda to the family. The services for Brenda have been entrusted to the Cantrell Funeral Home.

Brenda Kay (Johnson) Specht was born in Kimball, NE, on September 28, 1956, the daughter of Bill and Marilyn Johnson. She graduated from Gering High School in 1974. She became a Certified Nursing Assistant and worked for the hospital and nursing homes in the area.

She moved to Alliance and lived there until 2014, when she returned to Gering to be closer to family because of health issues. While living in Alliance and Scottsbluff, she was active in the Grandparent program for Head Start, and she truly loved working with the children. Brenda was very likeable and easily made friends. She met many new friends when she moved to Heritage Estates in July of 2019.

The family would like to thank the staff at Heritage Estates and Regional West Hospice for their kind and loving care.

Brenda is preceded in death by her parents and grandparents.