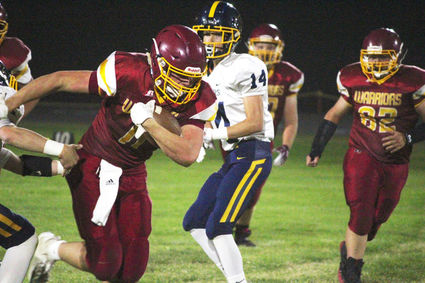 The Leyton/Banner County WarCats entered Thursday's Homecoming contest against Paxton winless, and the inability to stop the big play again sent the WarCats down to defeat. After the opening Homecoming festivities, the Tigers received the kickoff and junior Remington Schimonitz returned it right up the middle of the WarCats coverage for a touchdown and a quick 8-to-0 lead.

After going three-and-out, Leyton's Zac Henke boomed a punt all the way down to the Paxton 8 yard line. But the Tigers went on a drive, picking up first downs until junior quarterback Keegan Schow scored on a sweep run t...