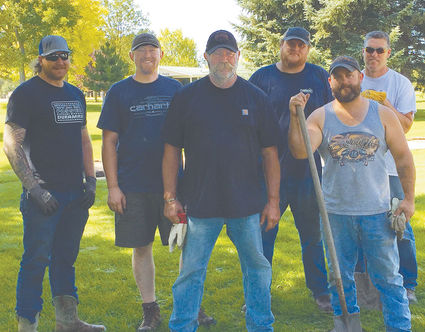 A local motorcycle club has opted for volunteer work in the evening instead of riding their motorcycles.

The club is in the process of restoring the horseshoe pits at Gotte Park just in time for Farmer's Day.

The Red Knights Motorcycle Club, Kimball Chapter, has logged 20 plus hours in replacing sand, the pit edging, backer boards and they have installed new pipe post. A new fence will also be put up to replace the old dilapidated chain link fence.

The Farmer's Day Committee partnered with the The Red Knights to fix up the horseshoe pits.