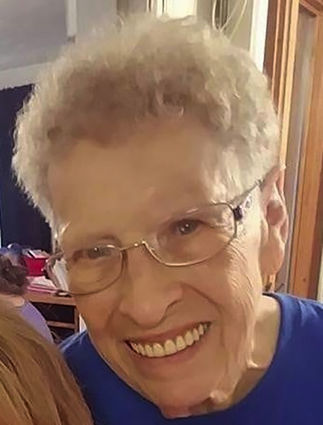 Funeral services will be held at 10:00 a.m. on Tuesday, September 10, 2019 at St. Joseph's Catholic Church in Kimball with Fr. Mike McDermott officiating. Cremation will be held following the funeral. Inurnment will be held in the Kimball Cemetery at 10:00 a.m. on Thursday, September 12, 2019. Friends may call at the funeral home on Monday, September 9, 2019, from 1:00 until 7:00 p.m. and a rosary service will be held at 7:00 p.m. following the visitation. Friends may also visit http://www.cantrellfh.com to view Lois's Tribute Wall and leave condolences and stories for the family. Memorials may be given in memory of Lois to either St. Joseph's Catholic Church or the Kimball Eagles Club. The services for Lois have been entrusted to the Cantrell Funeral Home.

Lois H. Klassen was born in Shell Creek, Nebraska, on August 11, 1934, the daughter of Frederick and Dagny (Turmo) Kramer. She was raised and received her education in Newman Grove and graduated in 1953.

She was married to Bud Klassen on November 18, 1953, in Yankton, South Dakota. Lois and Bud lived in several places in Colorado and Nebraska. They moved to Minden, Nebraska, in 1980, and Lois worked as a bookkeeper for the elevator. In 2004, Lois and Bud moved to Kimball to be closer to family. Lois was a member of the Red Hat Society, Kimball Eagles Auxiliary and St. Joseph's Catholic Church. She also supported many other organizations in the community. She enjoyed puzzle books, crocheting, grandchildren's events and community concerts.

She was preceded in death by her parents, husband and 5 brothers and 2 sisters.