Expressway A Long And Winding Road

Adrian Smith, In Kimball, Says Project Is Important But Faces Gridlock In D.C. 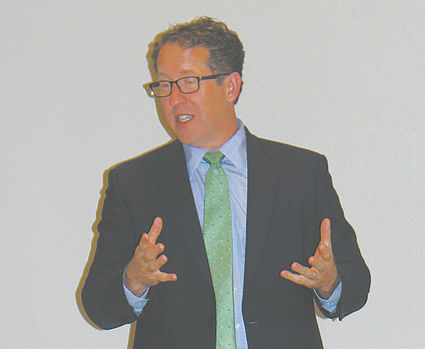 U.S. Rep. Adrian Smith, R-Neb., attended the annual meeting this month for the Heartland Expressway at Windbreak Bar and Grill in Kimball.

Smith addressed the entire group of about 30 people about the roadway, but The Observer was able to ask a couple of questions one-one-one with the congressman.

The expressway route is a federally designated corridor that passes through the Kimball area and Panhandle. When completed, the expressway would provide multilane, divided highway access from Rapid City, S.D., to Denver. Congress designated it "high priority" back in 1991.