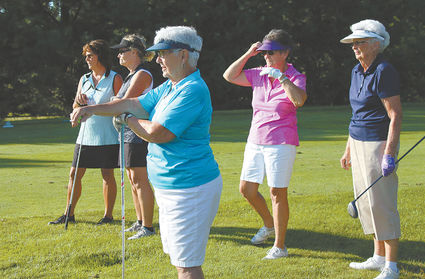 Dar Evertson and Judy Daum crushed the remaining team on hole No. 7 to win the Horse Race Scramble competition Aug. 14 in the Women's Golf League Association.

The two-person scramble type of set-up game began on hole No. 1 with seven teams all playing at once.

In case of a tie, a tie breaking chip-off occurs.

Nearing the end of the scramble, Jean Barrett and Pattie Klinginsmith tied with Alene Schliz and Daria Faden on the par three No...