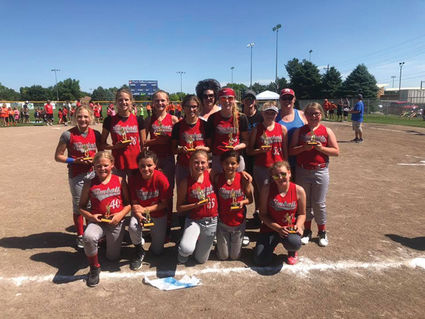 A 13U Kimball girls softball team, which first entered the season questioning if they would even play this year with only nine girls, ended up pairing with a short numbered squad in Sidney.

A full team was made and the girls finished first in the league standings with a 7-2 record despite the weather-related called and canceled games and a third place finish in the end-of-the-year tournament.

"We started the season of a little rocky with not even knowing if we would have a full team and then ended up picking up some Sidney girls because they didn't have a team," coach Katie Culek said.