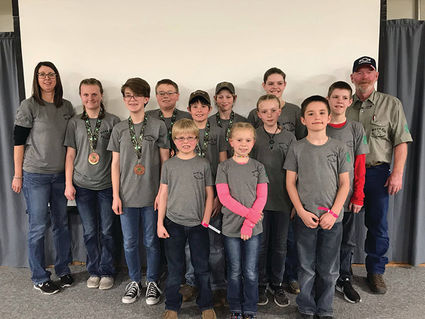 With a police escort, seven Kimball Deadeye Shooters made the long trip to Rogers, Arkansas, on Tuesday July 2, for the 2019 Daisy nationals BB Gun and Air Riffle shoot.

This was a reward for finishing in third at the Nebraska State BB Gun and Air Riffle shoot in March. The team is set to compete today, July 3, through July 6.

The team is made up of five shooters with two alternates who include Julia Winstrom, Jessica Terrill, Chris Foster, Cody Brinkmanship, Nolan Cook, Anna Coleman (alternate) and Tig Woolington (alternate).

Coaches Larry and Nicole Snyder accompanied the shooters to St...