By For the Western Nebraska Observer 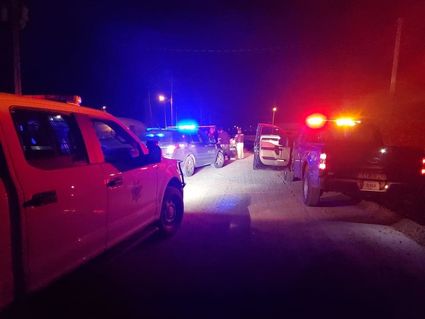 The Kimball Police Department and Kimball County Sheriff's Office made a team effort arrest this past Saturday, May 24, after receiving a tip that a wanted Wyoming man, Lonnie Lieurance, would be making his way back to the Kimball area. After officers made the arrest, a search was conducted of the vehicle and Lieurance's belongings. Items in the search have brought additional felony charges in Kimball County.

A press release was issued from Kimball Police Chief Andy Bremer this week stating that at approximately 8:30 p.m. Saturday, May 24, 2019, Kimball Police captured a fugitive wanted out of Laramie County, Wyoming, on two felony warrants.

Lonnie Lieurance was taken into custody on a felony traffic stop conducted by Kimball Police and the Kimball County Sheriff's Office.