STAYING IN HIS LANE

Owner McDaniel Does His Thing, Bowling, At Kim Bowl 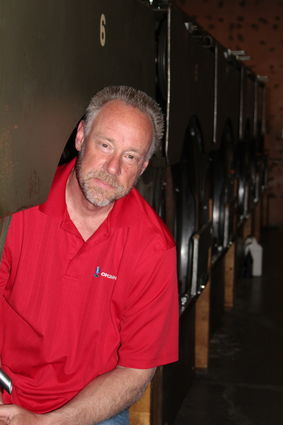 The Dalles, Ore., is a world away from Kimball, but professional bowler Greg McDaniel made the move from there to Kimball.

In August 2015, McDaniel purchased the local bowling alley, the Kim Bowl. He has spruced up the bowling alley by re-carpeting, painting, refurbishing the lockers and updating the mechanics.

"They are," he said, "still in the process of updating."

The eight lanes support five nights of league bowling, while Friday and Saturday afternoon and evening are open to the public.

McDaniels brags on his league bowlers

"For a small community, we have a very high percentage o...