2018-19 Lady Longhorns: Give Credit Where Credit Is Due 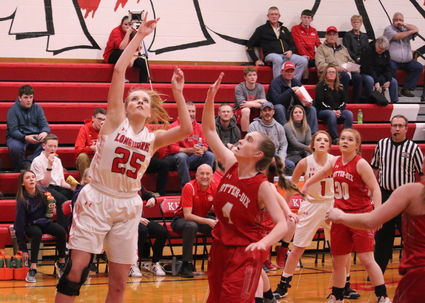 When Kate Reader hit the court, all eyes often were on her as she earned a special place in Kimball Longhorn basketball history.

The 2018-19 basketball season for the Kimball High girls wound up with 10 wins and 11 losses, but when we consider the opposition the Lady Longhorns faced throughout the season a lot of credit has to be awarded to the Kimball team.

They suffered an early season loss to Dundy County-Stratton, which finished 2nd in the State D-1 Tournament and highly ranked.