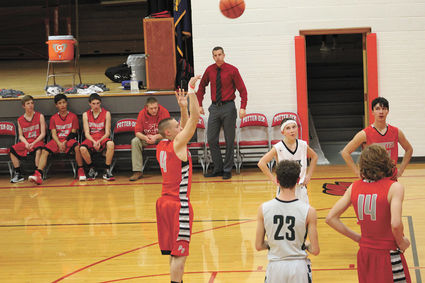 Jared Anton enjoyed a fine JV tournament last week for the runner-up host Potter-Dix Coyotes. In the team's win over Creek Valley, Anton led his squad with 17 points. He also hit the game-winning free thrown shown in this photo to give Potter-Dix a 33-32 victory.

The Kimball girls faced off with Creek Valley in the first round of the tournament on Monday, Jan. 28. Kimball won 23-12.