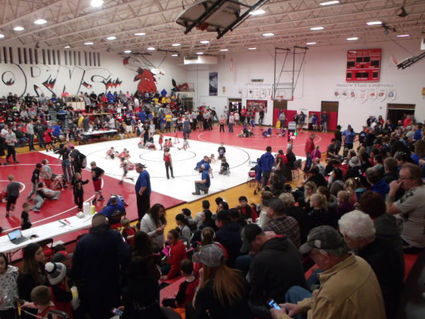 Fans of youth wrestling -- and young wrestlers in their families -- showed up big time this past weekend for the Kimball Federation Wrestling Tournament.

The K-Town Takedown wrapped up this past Sunday afternoon after a long eventful day. Kimball hosted their home meet with 200 wrestlers from the surrounding areas.