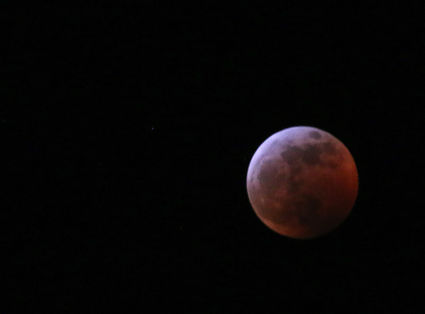 The Super Blood Wolf Moon was a sight for Kimball photographer Drew Beisecker's eyes to see ... and capture with his trusty camera.

But on June 20, he captured these images from his Kimball home of the only total lunar eclipse of 2019 in the night skies across North America and much of the world.

The so-called Super Blood Wolf Moon did kind of look like a basketball, though, when Drew snapped this picture right around peak eclipse.