The Name Is Marine Pvt. Pedersen 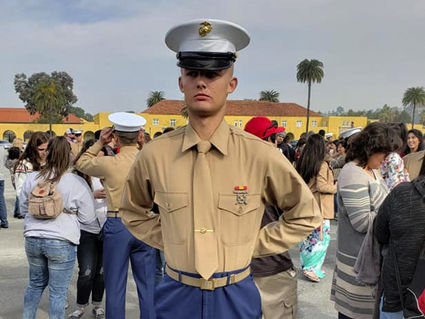 Kimball High graduate Garrett Pedersen passed basic training and is a Marine. He has one proud family.

Garrett Pedersen, a 2018 Kimball High School graduate, has a newly achieved goal he aimed to achieve for many years. As of last week, he is officially a Marine, Pvt. Pedersen.

"Honestly, I have always wanted to become a Marine since I was 15," he said. "The roughest and toughest branch of the military. I told myself I wanted to be a Marine."

He was accepted in August 2018 and headed out to San Diego, Calif., just a few short months later on Oct. 15 for Basic Training/Bootcamp. Garrett completed his training on last Friday, Jan. 11.

"It is hard to put Garrett's accomplishments into words! W...