County Officials Sworn Into Office To Ring In 2019 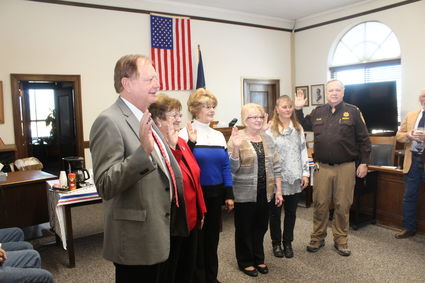 Helping ring in the new year for the Kimball County Board of Commissioners are one re-elected member, Chairman Larry Engstrom, and newly elected Brandon Mossberg.

Engstrom, Mossberg and Commissioner Timothy Nolting met last Thursday, Jan. 3, after elected county officials and deputies were sworn in to office that morning in the District Court room of the Kimball County Courthouse.