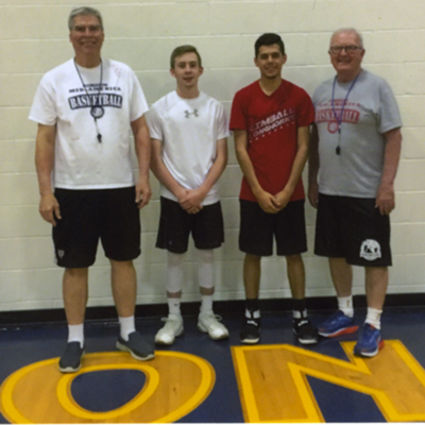 Both athletes received awards and won events in the boys major league division at the camp.

Withrow was on the winning three-on-three championship team and was the winner of the one-on-one championship.

Cajero was named a nightly rebound leader as well as a nightly assist leader.

Both boys were named All-Stars at the camp.