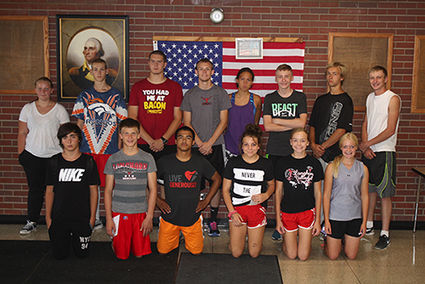 Last year the ladies lacked the numbers needed to compete as a team, with just three runners. Two of those three graduated leaving the sole returning runner on the girls team, sophomore Brandi Councilman.

Councilman lettered her first year running for the Horns and she is joined this year by freshman Chantel Malson, who had a stunning season last year as a junior high runner as well as freshmen Maddison Merryfield and Anabela Whitehead.

"We have a great bunch of freshman c...