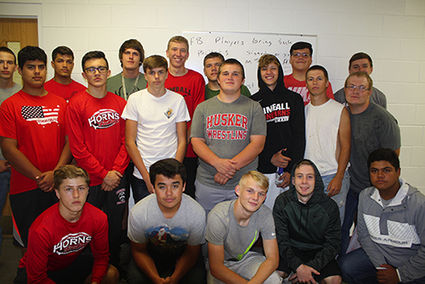 In Kimball's first year playing 8 man football, and listed as D-1 in the district, Ben Aarestad returns for his second year as Longhorn's head football coach with more than 15 years of coaching experience under his belt. Aarestad is joined by assistant coaches Jarrod Williams and David Hellman and a team of just 19 all working to improve on last year's 0-9 record.

The team graduated two key players, Paycen Harroun and Kole Bush, but they return five starters in the first year of eight-man play for the team.