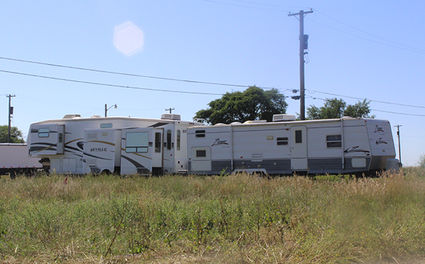 Few RVs are left at Ridgewood Mobile Home Park in Kimball as harvest crews have completed local jobs and moved on to the next. These crews may have difficulty finding accommodations in Kimball next year as Ridgewood's future is uncertain.

With harvest nearing completion in the area, harvesters are likely heading out of town, but their stay in Kimball this year differed greatly from years past, City Administrator, Dan Dean, reported to council at the July 17 meeting.

According to Dean, several harvesters contacted the City of Kimball to inquire about accommodations, as Ridgewood, one of two local RV parks, is undergoing a transition, with ownership in question, and has some infrastructure issues.

"They (harvesters) have been used to camping out at Ridgewood and it is in transition," Dean said. "They were not even sure who to...