Kimball's own competes in Stars and Stripes Championship in Reno, Nev. 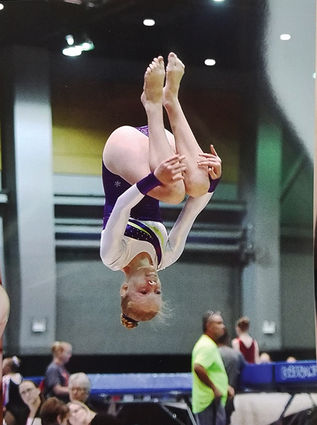 Stars and Stripes Championship Tramp and Tumbling was held in Reno, Nevada this past weekend with one of your local Kimball young ladies competing. Thirteen year-old Jayden Paxton of Kimball had her first season of competition and ended on a huge high note.

"To qualify for regionals and nationals you have to have a certain score in all events in your level," said Paxton.

Heading into Nationals in Reno, Paxton was ready to compete July 19 through the 21. She said over 400 athletes competed in 100 gyms.

"This competition went a lot smoother than any of the other ones we have been to." 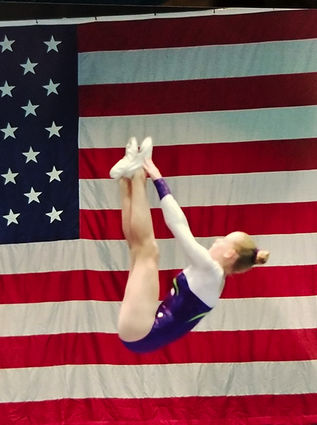 Paxton is a level five in tramp and floor and a level six in double mini and next year she will be moving up a level in each.

"The best part of this last weekend was the actual competition and the new sweatshirt," Paxton added with a smile.

Starting in her basement two years ago, this is her first year of competing.

"My goal is to become an Elite Level athlete, which is levels nine and ten."