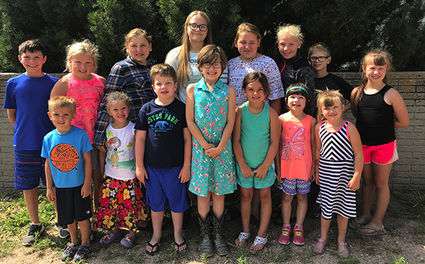 Young actors and actresses in the Potter-Dix area are once again gathering to practice for the annual Potter-Dix Children's Theater performance.

Under directors Beth Bogert and Kristin Kasten, with costume designer Jodi Enevoldsen, a total of 25 children from ages 4 – 13 build sets, sing, dance, act and have fun while entertaining their audience. Of those children, 18 are performers and seven are stage crew.

"They have an abundance of energy and are extremely excited to share this story and music with the surrounding communities. They practice for two hours every weekday for two weeks to...