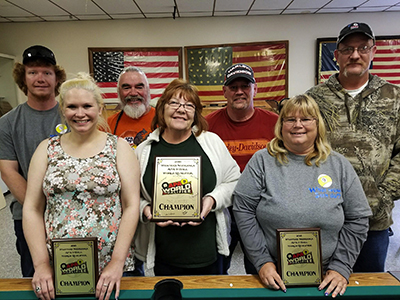 Twenty-eight teams from all over the region competed in the tournament which qualified the top two teams for the APA World Pool Championships held in Las Vegas in August.