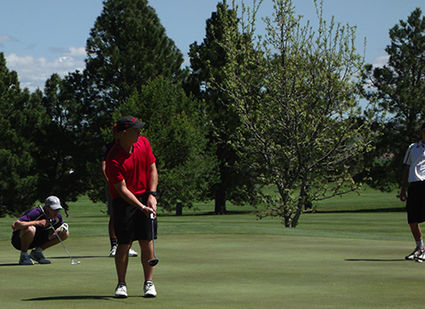 Dillon Wise watches his shot at Districts on the Kimball course. Wise led his team to the District Championship and won top individual honors.

their best team score of the season en route to

they hosted this past Tuesday. The Longhorns

put together a very good team score of 309, to

County with 342, and third place Bridgeport

qualified for State with a score of 361. The top

three teams and top 10 individuals are all state

the individual medalist honors with his round