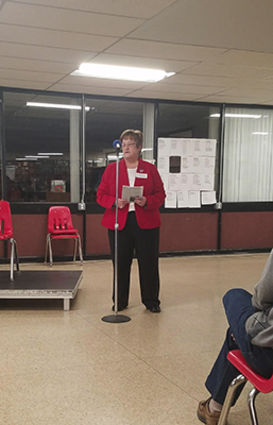 The crowd was plentiful as the entire room was full with some people standing and more chairs being taken out of other classrooms for multiple people to have more seats.

Paycen Harroun began the night introducing the officers and the candidate running for that office that was either unopposed or automatically moving onto the November ballet.

David J. Wilson, Sherry Winstrom, Cindy Rahmig, and the three county commissioners all decided to not speak. As for our Sheriff Harry Gillway was saying how he woul...