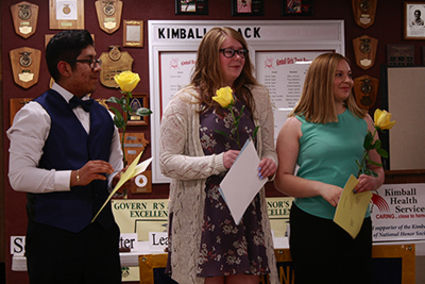 National Honor Society (NHS) is a group for students that embody time-honored characteristics, such as scholarship, leadership, character and service.

Current members demonstrated each of these traits throughout the ceremony. Kennedy Lewis touched on the meaning of scholarship and Justine on what leadership is. Later, Paycen Harroun shared what it means to ha...