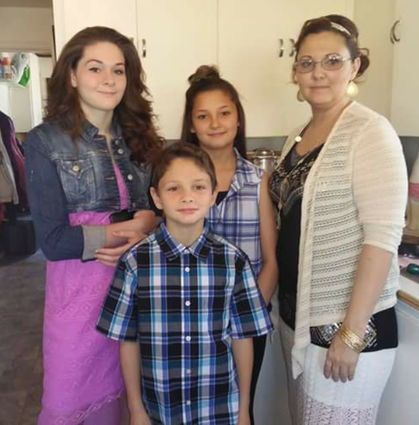 Pictured above is Echo with her three children, from left, Anissa, Ricky, Blaize and Echo.

Born in Greeley, Colo., Echo Kizzair moved to Kimball at the age of four. She attended Kimball Public Schools until her eighth grade year, at which point she began working full-time and later became an assistant manager at Total, now known as Kwik Stop, for three years. Echo then received her CNA license at the Kimball County Manor, she also attended Med Aide school there.

By the age of 17 Echo was married and still living in Kimball. She and her husband, Rick, had their oldest daughter, Anissa, then transitioned their family back to Greeley.

Once back in Colorado, Echo and Rick had their s...