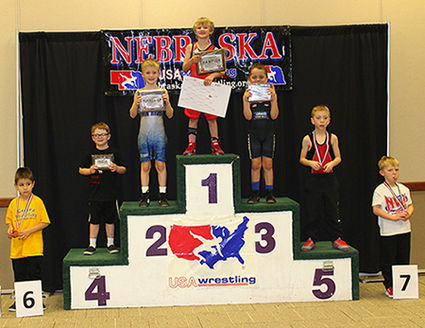 He might be little and silly but he is also your new 2018 Nebraska USA Wrestling State Champion from Kimball, Trajan Johnson!

Johnson won the trip to State with a fourth place district placing in Bridgeport a few weeks ago. Johnson wrestled in the Prek-K 49-50 pound 8-man bracket. "I love wrestling because there are so many people who help me," said Trajan.

Johnson wrestled three matches at State in Grand Island this past weekend, first going head to head with Dallas Gaston from Norris Wrestling Club and Johnson pinned him in 1:38. The second match of the day was against Ryder DeWitt from M...