A tough year for Longhorn boys 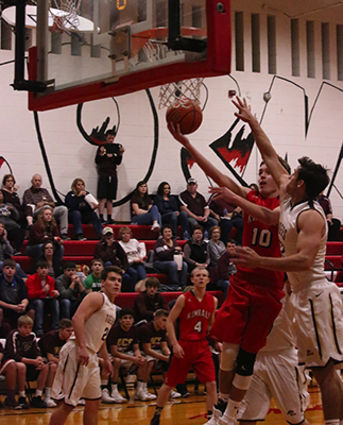 Izaac Reuter battles a Bayard defender earlier this year. Reuter, a Kimball senior, was the top scorer and rebounder for the Horns 2017-18 season and was WTC Honorable Mention.

The wins were few and far between this past season for the Kimball High Boy's Basketball Team. In fact, the Longhorns ended up with just 4 wins and 16 losses, but the future looks brighter for Coach Luke Dea and the Horns as they graduate only 1 senior and return a lot of players with varsity experience.

Kole Bush is the lone senior who will graduate from the program and the part-time starter scored 76 points, but that means that 823 of this year's scoring returns. Bush also charted 41 rebounds, had 18 steals and 11 assists.

The win-loss record is somewhat deceiving, as the Horns could, a...