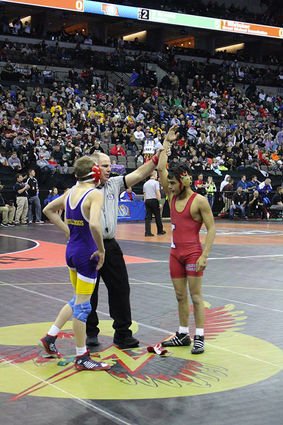 Kimball's Jordan Cluff represented himself, his team, his school and his community, in fine fashion by winning two matches at the Nebraska State Wrestling Tournament held this past weekend in Omaha.

The talented young Longhorn junior earned his berth in the State Tournament with a third place finish in the 113 pound weight class at the District Tournament, where the top four places in all districts advance. Earning a trip to State is a very high honor in itself, but winning a match, and in this case, winning two matches, is a very high honor indeed. 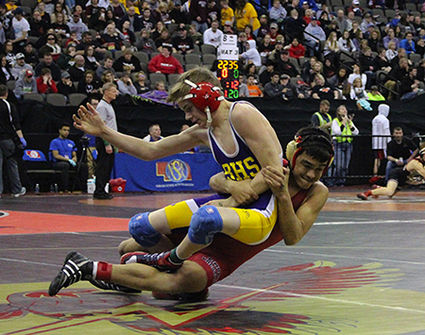 Coach Wade Brashear said, "Jordan wrestled on of his best matches of the year in the first round of State over Rodney McDonald after starting the match by going down 4 to 0 in points to the C-3 district runnerup. We saw the greatest growth out of Jordan in his wrestling, and his maturity, at this state wrestling trip. It was a great experience and we plan to be back next year with more qualifiers and medalists."

We extend congratulations to Jordan from all of us here at the Observer and from all of Western Nebraska!