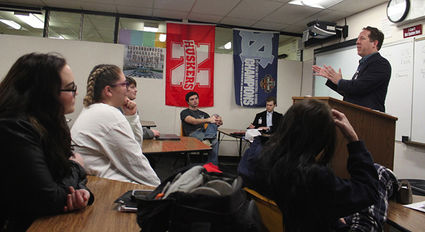 The 3rd District congressman spent about an hour with 19 seniors in Jeri Ferguson's civics class, touching on a variety of current political topics and sharing a few personal stories from serving in the U.S. House of Representatives.

Smith joined all GOP lawmakers from Nebraska by voting for the tax bill-a sweeping tax reform package approved on a 224-201 vote--but vot...