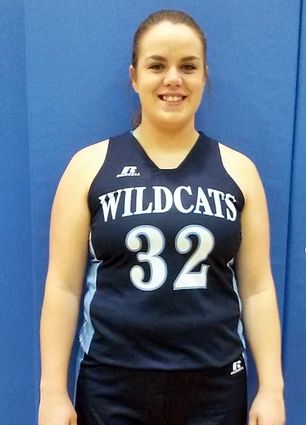 Lady Wildcat MaKenna Dahlgrin is spending her final season on the Banner County court racking up the double doubles.

Her first this season was in the second game of the season, a 55-54 heartbreaker loss against Minatare on Dec. 5. The game went into overtime before the Lady Cats fell.

Dahlgrin had a great game, leading the team with 23 points including two three-pointers. She made it her first double double of the season with 13 rebounds, four steals, and a block while shooting 50 percent from the field and giving up just four turnovers.

Just two days later she was at it again as the Lady C...