Two plead guilty to harboring an alien for financial gain 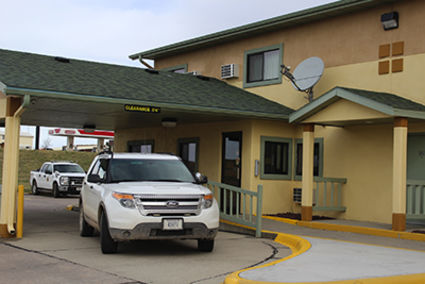 Kimball County Sheriff's Office personnel assisting the Department of Homeland Security and Immigrations and Customs Enforcement and the Nebraska State Patrol at the local Super 8 motel on Thursday, March 30.

Two managers of the Kimball Super 8 motel pled guilty in federal court in Omaha to harboring an unlawful immigrant for financial gain and conspiracy, according to federal authorities.

Vishnubhai Chaudhari, 50, and Leelabahen Chaudhari, 44, of Kimball pled guilty to the charges on Monday, Dec. 18, following their arrest on March 30, 2017.

According to court documents the two admitted to holding an Indian national at the local motel from October 2011 to February 2013, when the unnamed victim escaped with the help of local law enforcement and a motel guest.

Prior to the escape, the victim was...