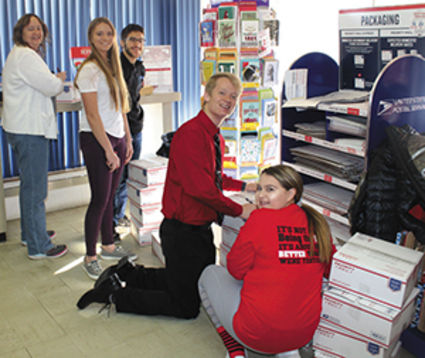 "This was all the kids idea" said Jeri Ferguson, the KHS Civics teacher said.

After the Veteran's Day Program that the Civics class put on for our communities local Veterans, the Senior Civics class knew they had to do something special for the verterans and current servicemen and women. "We brainstormed and discussed some ideas before settling on care packages," said senior Nicholas Thomas-Lewis. "We wanted to send packages to the soldiers so they had gifts for the holidays too," Alex Reader added.

The next step in this wonderful plan was to figure out where to send the packages and what...