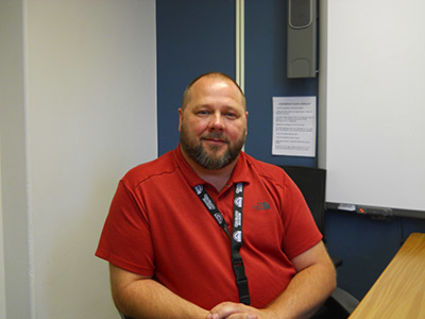 Kenneth C. Bush (Ken) said that one of his assets was that he was a military brat. That meant that one or both of his parents was serving in the military while he grew up. He moved, literally, about the globe. After graduating from high school, he started college, but found that not to his liking.

In that his father and his brother were both in the US Air Force, he would start there. He went through the Military Enlistment Processing Station in Los Angeles. After taking the important tests that would determine what the Air Force thought he would be doing, his choices were security forces, medic, or food service (becoming a cook). Ken picked security forces.

Soon, Ken was at Lackland Air Force Base, near San Antonio, TX. Here, he would complete both basic training and advanced training (Security Forces School). There was an additional security school at Fort Dix, New Jersey. Mainly because of his ability to adapt, improvise and overcome the issues at all his first training stations were minimal.

For the next eleven years, Ken was a member of the security forces that are seen in the western Nebraska area. He and others would deploy for days at a time going out to their assigned areas, checking on the missile sites.

His first assignment was Malmstrom AFB, near Great Falls, Montana. He was on the patrol force, then was an armorer, taking care of and accounting for weapons.

The next work was in South Korea with the 8th Security Forces Squadron. This entity was in charge of ensuring security for the entire base... housing, perimeter, flight line, entry control, weapons, etc. Here there was a lot of real life training and situational events. After a year there, it was time to move on.

The Air Force admin people had news though. He wouldn't get his preferred station unless he re-enlisted... so Ken accommodated them. He wanted to go to a US coastal setting, preferably California or Florida. "You're headed for Offutt AFB in Nebraska".

Security on this installation was much different with all the activity in the various mobility units of this Strategic Base. Ken fit in quickly and eventually moved into being a Mobility NCO overseeing the loading of the planes with cargo and personnel. Then he took four year assignment in the National Airport Operations Center. Ken served at Offutt AFB about seven years.

Here is a motivated military man. While doing the various jobs and moving up in the chain of command, Ken had also applied to the Officer Training School (OTS). In this piece of advancement, an enlisted person can go from Enlisted ranks to Officer Status by being accepted for and going through OTS. This change was a result of Ken being a coach for his kids' various activities like T-ball, soccer, baseball, etc. Unbeknownst to Ken, another parent had been quietly observing Ken. The observer told Ken that he had lots of the abilities that the Air Force needed in the Officer Corps. He encouraged Ken to go that route.

Soon Ken was in route to Maxwell AFB to be a part of the next OTS Class. After fourteen weeks of classes, hazing, encouragement, time management, etc., on September 11th, 2001, Ken's group was on a field exercise working out a situation when word came out that the Twin Towers in NYC had been attacked. The group acknowledged the news then went back to their problem. The training staff had to re-contact them to say "THIS IS NOT PART OF THE TRAINING EXERCISE!" Things changed!

Ken became a 2nd Lieutenant in the USAF and was sent to Luke AFB near Tucson, AZ. He was now a part of the management of the Air Forces people and property. Since the attack on our country, security dynamically changed. Ken was a serious player in that element at Luke AFB.

RAF Lakenheath in the UK (near Cambridge) was the next part of his career. Still in the Security Forces branch, the work was waiting for him. He took on assignments in crew management and administration management. During this piece, Ken was sent to Iraq for six months, continuing to endeavor in keeping our folks and property safe. He was promoted to the rank of Captain. The tour there was good experience for the new Officer. He impressed a COL at RAF Lakenheath who asked for him personally to become the Executive Officer for the Mission Support Group.

Ken completed Squadron Officers training. Now, after serving in the Iraq Theater of War, at RAF Lakenheath, and eleven years as an enlisted man, Ken was becoming a known Officer with some impressive credentials. He was given several choices of relocation. The best offering was F.E. Warren AFB, near Cheyenne, WY.

Ken kept his work there at Warren and became the Squadron Commander of Missile Security Forces at that base. That's a huge tasking. He was promoted to Major! A part of that command includes the AF units that frequent the Sidney, NE area.

Major Ken Bush served 23 years in the Air Force! He earned a chest full of ribbons and awards for his work in defending America! You served well, Major, thank you for that!