Has an athletic career really ended for Madison 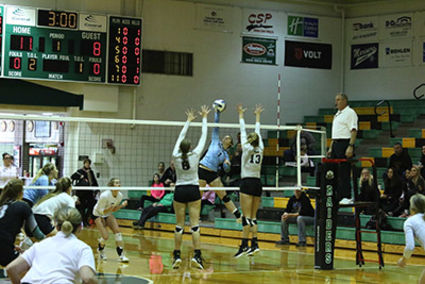 Madison Biesecker shows her jumping abilities as she goes up high for a kill while performing for Southeast Community College. The former Kimball High standout closed out her collegiate career this past week in a loss to Columbus in the regional finals. For the second consecutive year she was named All Region.

Has an athletic career really ended for Madison? That is the question that awaits Madison Biesecker and all of her Kimball fans and family. The young lady who performed so well while a Kimball High student while competing in volleyball, basketball and track and field was talented enough to attract the attention of college coaches and accepted a scholarship offer to continue playing volleyball at Southeast Community College in Beatrice, Nebraska. She closed out her two year career for Southeast a week back, and the basketball coach was wanting her to help out his program, but Madison has now...