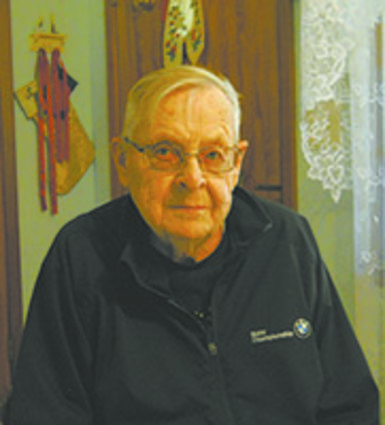 The Selective Service System reached out to a number of young men around the Country. This activity affected lots and lots of young Nebraska men as well. A group was contacted and assembled in the Seward area. Their number was enough that they traveled from Seward to the military induction station in Omaha by bus.

Usually draftees were sent to the Army. When the bus arrived at the Omaha site, Vernon Hermann was given a choice. There were two slots available in the Navy, some available in the Marine Corps, and the rest...Army/Army Air Force. Vernon and a buddy from Seward chose the Navy.