UP Celebrates 150 Years in Nebraska Communities with Commemorative Golden Spike 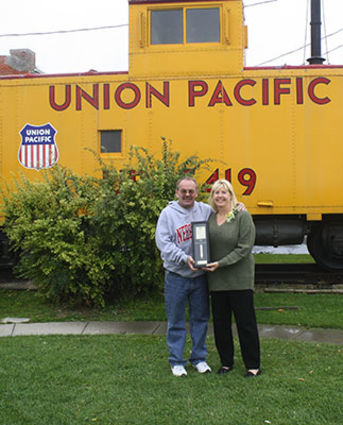 Union Pacific will celebrate the 150th anniversary of the railroad reaching Ogallala, Chappell and Kimball, Nebraska, at a series of community celebrations Sept. 21-23. The events include commemorative Golden Spike presentations from the railroad to community mayors. All are part of Union Pacific's Great Race celebration, commemorating the transcontinental railroad's completion nearly 150 years ago. Traveling 7-by-7 foot exhibits detailing the communities' railroad connections, as well as a unique, kid-friendly photo-op backdrops, will also be placed in local facilities for month-long displ...