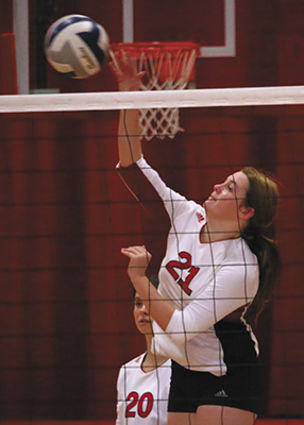 Jenna Greenwood gets above the net during the Hemingford triangular.

Lady Longhorn Volleyball had a Triangle Tournament in Hemingord last Tuesday, Sept. 12. Kimball. faced off in two games, one with Hemingford and the second with Gordon.