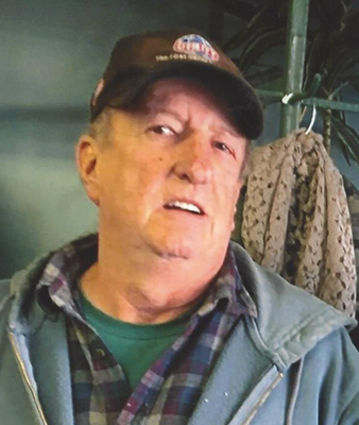 Harold was born on Sept. 4, 1952 in North Platte to Harold Duane and Shirley Jean (Beavers) Carlson, Sr. He graduated from North Platte High School in 1971 and served in the US Army from 1971 thru 1974. He lived in Kimball since 1976 where he was self employed as a truck driver. Harold enjoyed his job as a truck driver, working on his truck, watching western movies and shooting guns. He was a member of Veterans of Foreign Wars. He will be remembered as a quiet, easy going guy.

Harold is survived by his sister Jeanne Anderson of Gothenburg; nephews and nieces, Brian, Jeff and

Stacey, and Kristy; 1 aunt; several cousins; and special friend Linda Stahla. He was preceded in death by his parents Harold and Shirley Carlson, Sr .; grand- parents Chris and Susie Carlson; brother Mike; brother-in- law Gregg Anderson; and nephew Tim Anderson. Memorials are suggested in his name and online condolences may be shared at http://www.adamsswanson.com. Services will be held 1:00 p.m. Wednesday, Sept. 6, 2017 at Adams and Swanson Funeral Home with Reverend Jeff Cottingham officiating. Burial will follow at Ft. McPherson National Cemetery with Military Honors. Visitation will be from noon until 9:00 p.m. Tuesday, Sept. 5, 2017 at Adams and Swanson Funeral Home which is in charge of arrangements.