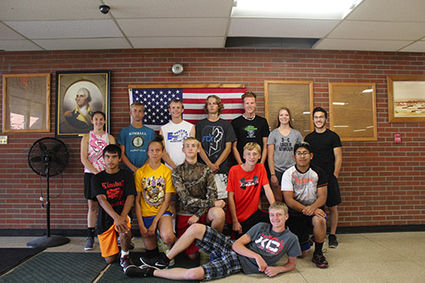 Veteran coach Tiffany Johnson returns for her 11th year with the Kimball Cross Country team and assistant coach Laurie Janicek is, again, at her side.

The boys team proved successful throughout the years, taking second at the Western Trails Conference last year as well as third at the South Platte Valley Association Conference, third place at Districts and 14th as a team at the state competition.

Johnson lost both of last year's top runners, Brandon Barker to graduation and Zachary Wagner to a season-ending injury in the summer. This year the team boasts several returning key runners and ad...