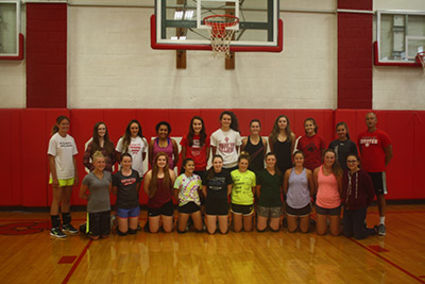 The Potter-Dix volleyball program has a very strong reputation to uphold and new Head Coach, Brad Hicks, is ready to put his stamp on the Lady Coyotes this season.

Hicks, who is new to the coaching world, is excited for this season to begin with three starters coming back for their senior season, Payge Hoffman, a middle hitter, Trinity Langley, also a middle hitter, and Audrey Juelfs, an outside hitter, plus returning lettermen Brooke Moench, rightside hitter and setter.

A few newcomers to keep an eye on are Hannah Stahl, Ciera George, Erica Bogert and Ginny Herboldsheimer, according to Hic...